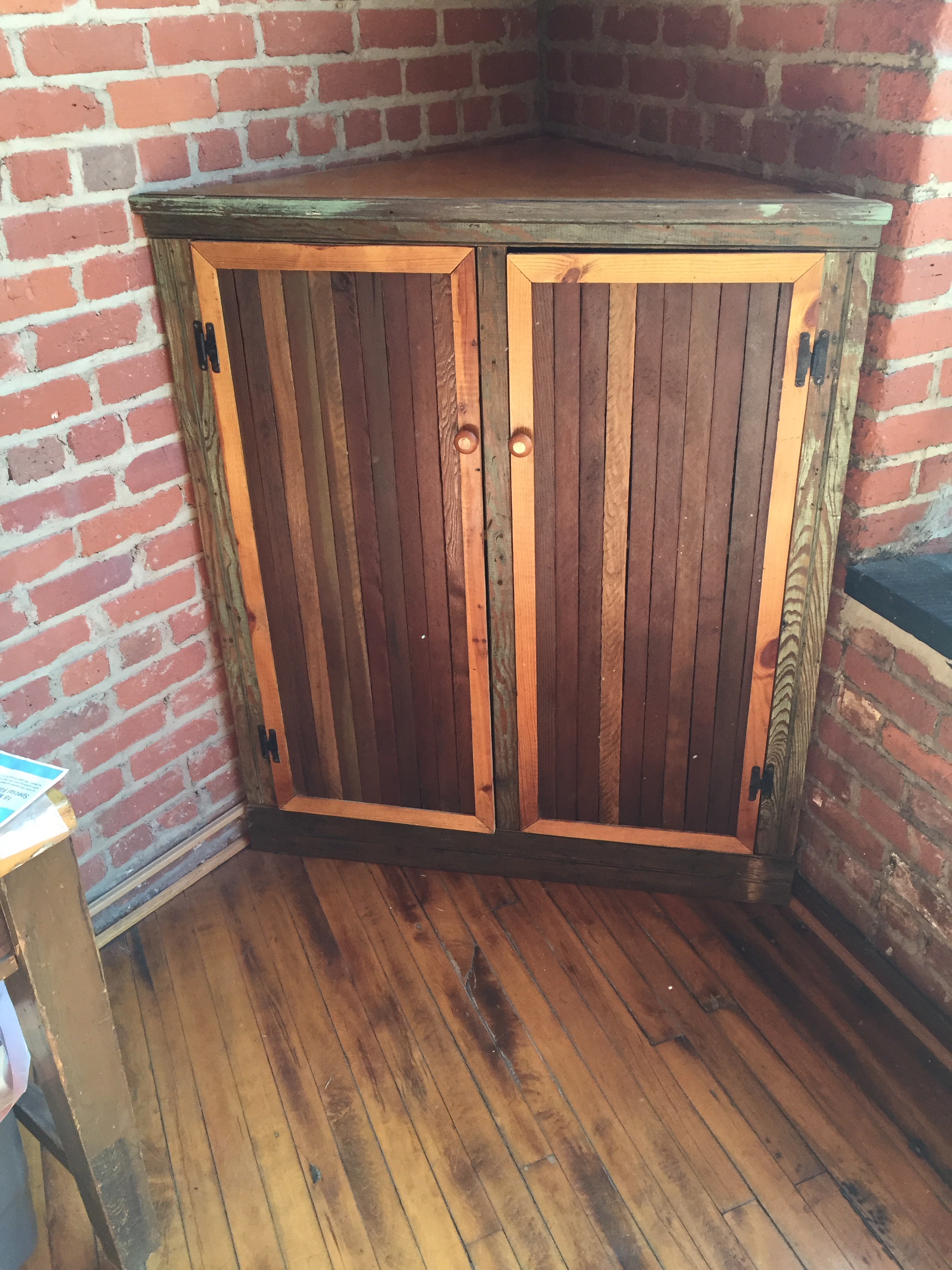 This piece was custom made for a loft in a former tobacco building in Downtown Durham for a space with a very unusual 60 degree corner. The building's outer walls were built to match the city street angles. The body of the cabinet was made using salvaged plywood from a woodworking shop in Cedar Grove, NC, where I was invited to salvage materials after the passing of the shop's owner. The shelves are vintage Baltic plywood, an engineered plywood from Russia. The face trim on this piece has a lovely, glowing pale green color. It was made from 1920's heart pine beadboard salvaged in the Watts neighborhood of Durham, NC. These pieces have tiny tacks in them, some with textile fibers still clinging to them from the days when people would nail a cheesecloth-type backer to the walls and then glue wallpaper over it. The door frames are yellow pine salvaged in rural East Durham from an acquaintance named Billy. He was demolishing a house that his grandfather had built in the 1940's and offered me the opportunity to salvage some of the materials. The slats of the doors and the shelf lips are pine lath, also salvaged in Watts, Durham. I added some weigh to the base with 1920's pine framing lumber. The hinges were salvaged from cabinets out of a Braggtown, Durham house. The knobs are from a study in Watts where I reclaimed a full study of built-in cabinets. The door catches are also reclaimed. I inset pennies into the faces of the knobs. I like the iconic Lincoln profile and the metal juxtaposed with the wood. Also the symbolism and associations connected with Lincoln and pennies; honesty, integrity, good luck. 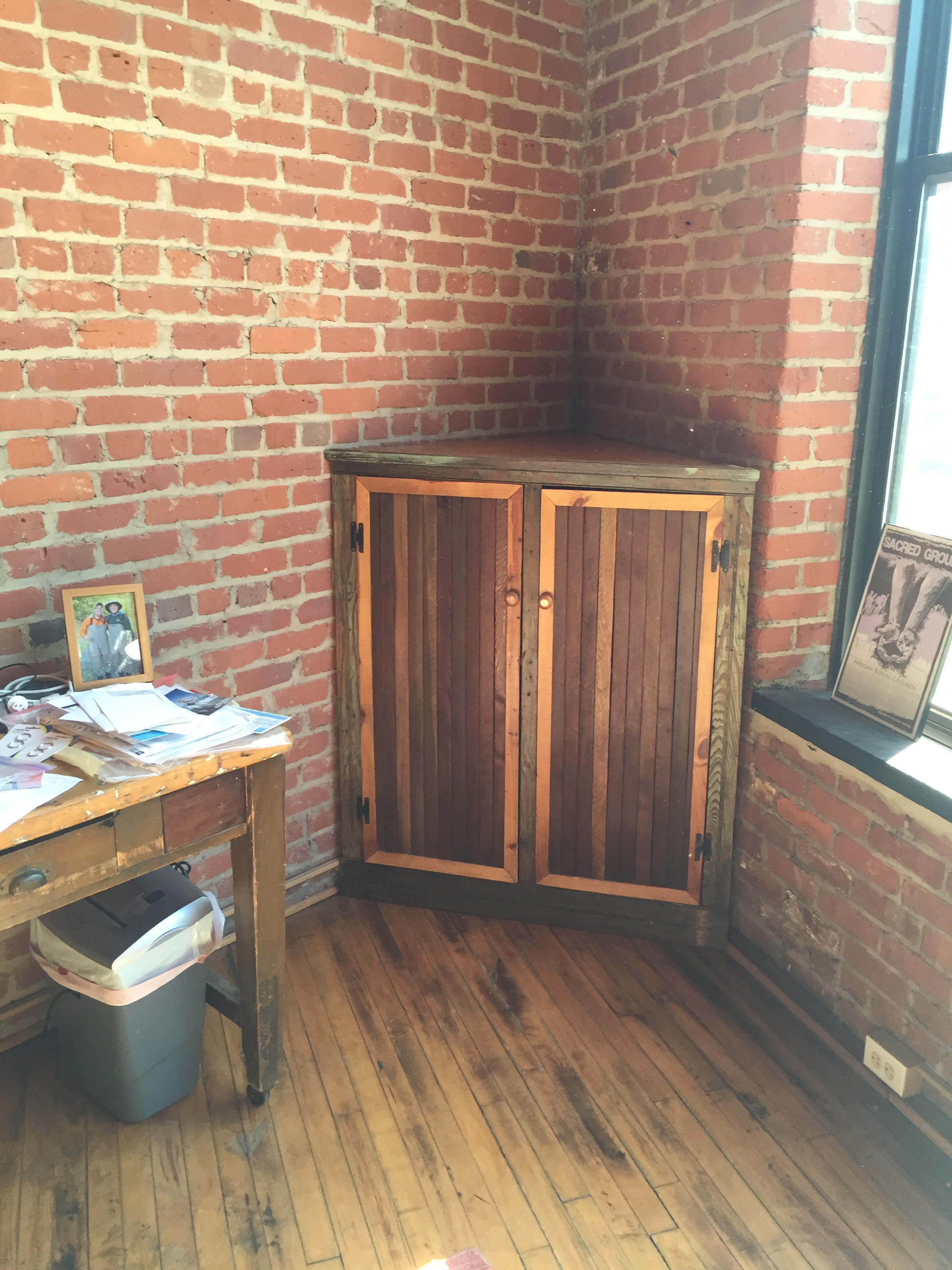 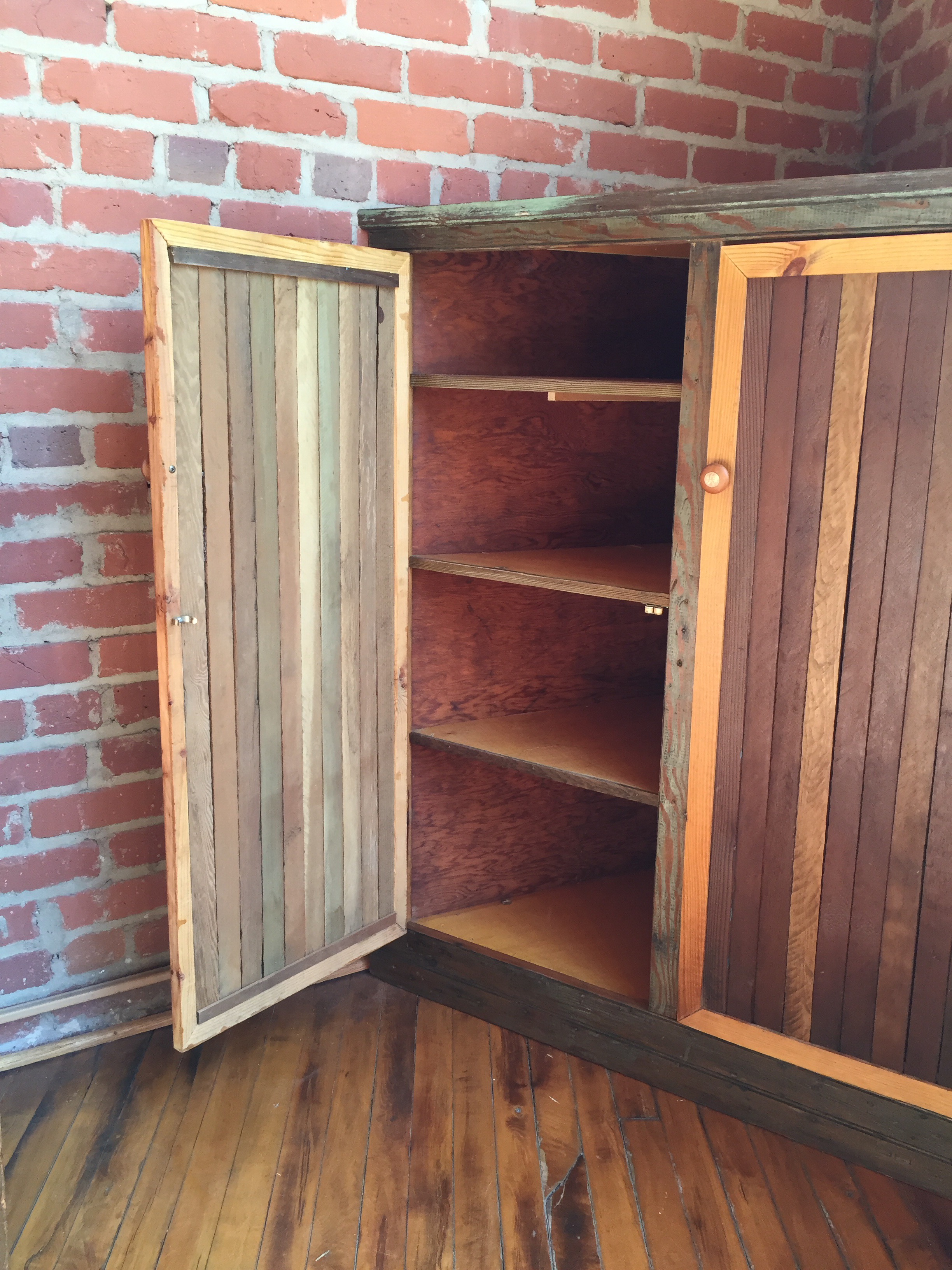